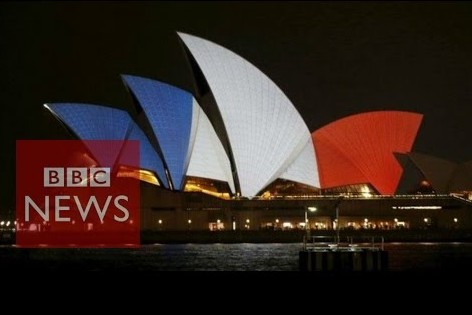 2 thoughts on “Paris attacks: Buildings lit in solidarity with France”