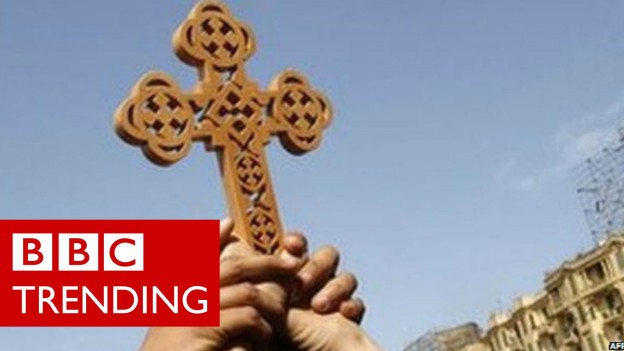 An unlikely message of forgiveness has been shared on social media after Islamic State beheaded 21 Coptic Christian Egyptians in Libya.

A video by a young Christian woman calling for mercy instead of hate has been watched over half a million times. And messages of support and solidarity poured in from Egypt’s Christians and Muslims alike.

One thought on “Christian Mercy for Islamic State”