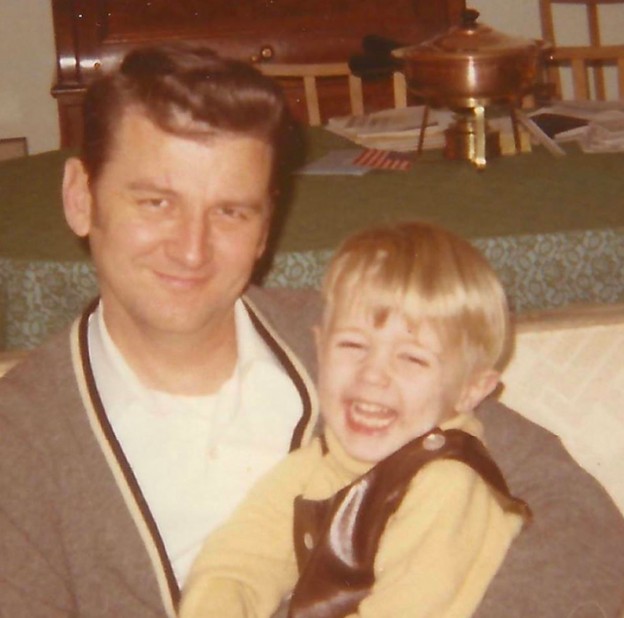 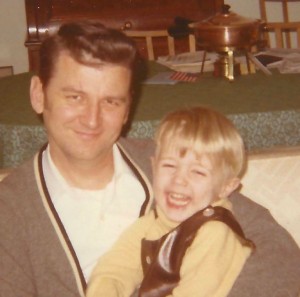 He would begin his days in a circuit that bisected Chicago, driving a beat up Chevy company car, averaging over a hundred miles a day. After calling on clients, he would then return to the machine shop, darting about, directing orders through to fabrication and shipping. On days like that he would say, “I feel like a mosquito in a nudist camp, I don’t know where to strike first” — one of his many bon mots. And if the order didn’t get done, I would see him finishing it in his basement workshop at home.

His word was his bond. His standards were impeccable, yet he could never bring himself to buy a decent pair of shoes. And until the day he retired, he wore godawful clip-on ties that he ripped off after meetings and would pile up in his backset like linguini.

It didn’t matter. His sales chops, his natural timing, his charm, and his winsome way with people made up for the mail order shoes and the damn neckties. He always treated everyone in his company with wit and an even-handed way that didn’t care what their station was.

He went through his days with a twinkle in his eye, often coming into the office and saying to his fellow salesmen with a raised arm, “No saluting men, not necessary.” Yet he carried himself with a humility that could admit when he was wrong. He never talked business with clients at lunch, but would ask about their lives, their children, making them feel at ease. If asked, he would share what his lapel pin signified. It was rounded silver triangle, with a diamond in the middle. “Father, Son and Holy Ghost,” he’d say, “That’s the Trinity.” His other favorite lapel pin was an American flag, and he did not wait for an invitation to talk about that or the country he loved. He never did forgive Jane Fonda for Hanoi.

Home from work, he’d finish his day reading to us, then reading his beloved history, usually of the Civil War or World War II, but if I remember him saying anything it was, “I don’t know of anything more stupid than war.” His stack of books on his nightstand was two deep and a foot high but he couldn’t stop buying them. His weekends were filled improving the house, teaching us how to mow the lawn or snow- blow the driveway, or hosting a friend who might drop in for a kitchen-table talk over coffee. His work ethic, loyalty, and principles were without equal. His clear-eyed sense of right and wrong is a compass I still carry in my heart.

One day, I hope I’ll be able to tell my sons, when they ask about him, that my dad was a little like me. Or more correctly, that I’m trying to be at least a little like him. Like him, I’ve been inspired to walk precincts during a campaign. Like him, I keep a stack of books on my nightstand and can never get through them. Like him, I rationalize my career fulfillment for the sake of my kids. Like him, I try to come home every night on time and hug the mother of my children close. Like him, I’m already taking them to airshows and history exhibits.

One of my most cherished memories as a little boy is laying next to him, watching his hazel eyes as he would read to us; they would move, just slightly, left to right, following the words across the page. Today, his hazel colored eyes belong to Finley, 4, and like my father, I read to the boys at night. And like my dad, I call him “my big guy” and like my father have a nickname for Sam and Cooper, too. My father never met anyone whose name he did not lengthen, or shorten, into an original nickname all his own. I have the same affliction.

God I miss him. Like me, my children will not know their grandfather. Like me, they lost their father’s father before they were born or could recognize him. Sam was just six weeks old the night before Dad died and we laid him in his arms.

There are still so many things I want to ask him about fatherhood, about life, about his ancestors, about the convertibles he owned before I was born. But even now, some things drift back and embody my days with inclinations I cannot take credit for. I seem to intuitively know, without even thinking about it, how to be with my clients. I put out the flag like he does, and make a point to introduce my sons to veterans when we see them. I try to put my wife first like he always did. But I still have a long way to go to live up to his stature.

His quintuple bypass in 2007 was a bitch. They broke the sternum to get in and do all they had to do. His rehab was slow but he went, treading a treadmill for all he was worth. One day, another gentleman in his seventies showed up and they recognized each other; my father had bought an acre of land from Mr. Stanciu in 1970, where my dad built our second home. They started catching up; one of Stanciu’s daughter’s went to my dad’s church. Another one had dated me in college. Dad invited him to church. Stanciu demurred. But Dad wouldn’t let up — it’s like he knew that neither of them had much time. Weeks went by. One day, Stanciu showed up at Dad’s church, telling one of the pastors that he finally relented just so he wouldn’t have to hear it anymore. He asked where we could find my dad, but he wasn’t there. Dad was slipping away by then, a stroke laying him low. At Dad’s memorial, we heard that Stanciu had become a Christian several weeks later, just before they both passed away.

When he’d drop us off somewhere, for a sleepover as kids, or many years later at college, he’d say: “Remember, as you go through life, you’re the greatest.” To this day, it is a phrase that is mysterious to me, just like his other beloved phrase, “Keep the faith.”

But I cherish that benediction like nothing else I’ve ever heard in my life. It is at once a compliment, an affirmation, an exhortation, a call to live up to something. I tell it now to my boys all the time, most recently when I’d dropped Sam off at kindergarten over this past year.

I said it to Finley the other day and he said, “You’re the greatest, too.” Oh, I don’t know about that, sweet boy. I’ve seen the standard. The bar has been set high. Maybe one day, maybe one day.

John Bollow is a creative director and author living in Pasadena, California. He and his wife, Lori have three boys. He is currently capturing the humor and agony of that in a book on fatherhood he plans to publish next year. You can follow him on Twitter @AdDaddy